Where to find Dinosaurs in Victoria

Want to get out, have some fun and see some dinosaurs?

Although dinosaur remains have been found on every continent and they dominated the landscape for over 140 million years there haven't been a lot of discoveries in Australia. The search in Victoria has resulted in about 1,500 dinosaur bones and teeth. 37 bones of theropods have been found, these are mainly from predatory dinosaurs as big as T Rex down to as small as a cat and a relatives to birds. As Victoria would have had a cool-warm, wet climate it is likely many of the dinosaurs were warm blooded and had feathers or down.

You can see ten dinosaurs, three pterosaurs, one mammal-like reptile and Australian megafauna in the Museums Dinosaur Walk. 5 year olds and under can dig for fossils and dinosaur bones outdoors in the children's play area.

Mamenchisaurus is a genus of sauropod, they have small heads on very long necks, long bug with a huge gut, very long tapering tail and four very solid legs to support their body. They are enormous and lived between 160 and 140 million years ago.  Other well known sauropods include Brachiosaurus, Camarasaurus, Diplododucus, Apatosaurus and Titanosaurid. The  Brachiosaurus was one of the largest known dinosaurs reaching 30 metres in length and up to 80 metric tons. Amargasaurus is also in the genus sauropod and lived in the Early Cretaceous epoch (129 to 124 million years ago). These were small for a sauropod reaching about 10 metres in length. It had two parallel rows of spines along its back. 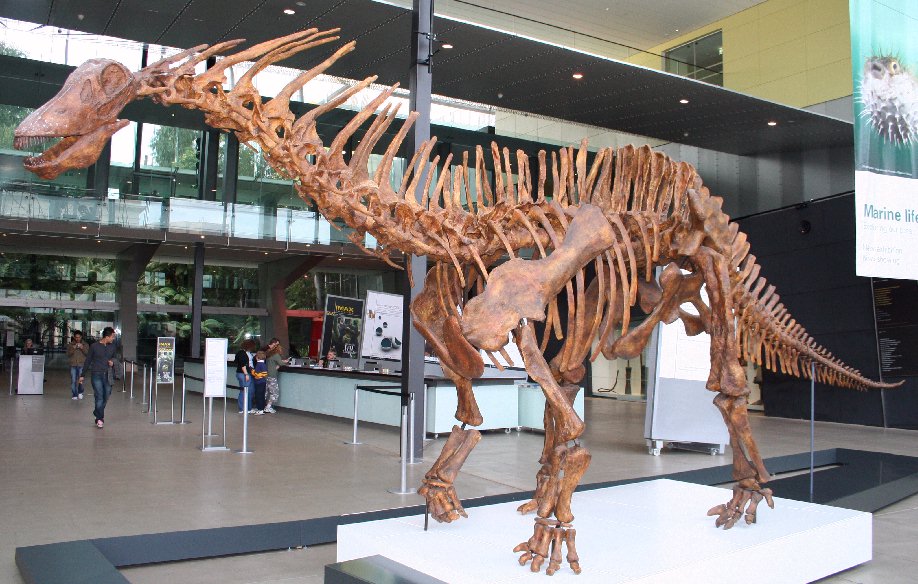 Quetzalcoatlus is a pterosaur from the Late Cretaceous and was one of the biggest ever flying animals. They are part of a family of toothless pterosaurs with very long, stiffened necks.

Diprotodon an Australian marsupial from the Pleistocene epoch and the largest known marsupial that became extinct about 25,000 years ago.

Megalania a giant goanna or monitor lizard that lived in southern Australia during the the Pleistocene. 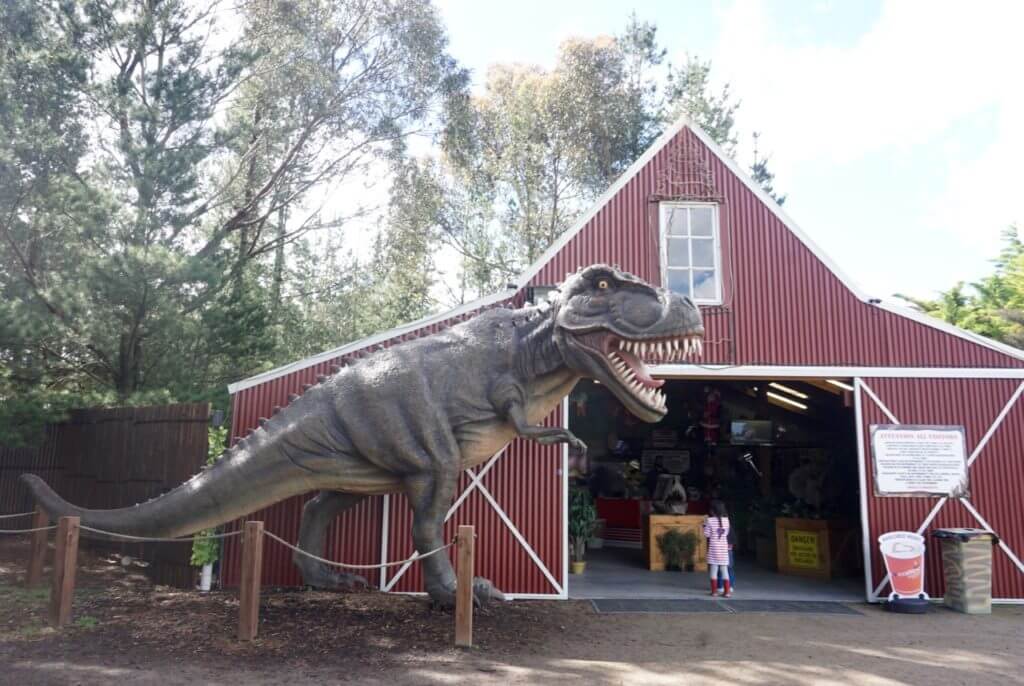 There is a Dino Dig, animatronic dinosaurs and baby dinosaurs. Animatronic dinosaurs and megafauna, walk in the footprints of T-Rex Includes some dinosaurs amongst their amazing feats.

Is where the first dinosaur fossil was found in Victoria. There are seven main sites where fossils have been dug up in the Strzeleki Group - San Remo, The Punchbowl, The Arch, Blackhead, Powell River, Eagles Nest and Flat Rocks. Flat Rocks is still being dug but is only accessible for a few hours during low tide.

The Inverlock site continues to be excavated. A good article can be found here.

Dinosaur Cove in the Otways

An important site that was dug for more than 20 years. It is dangerous and hard to access this site. 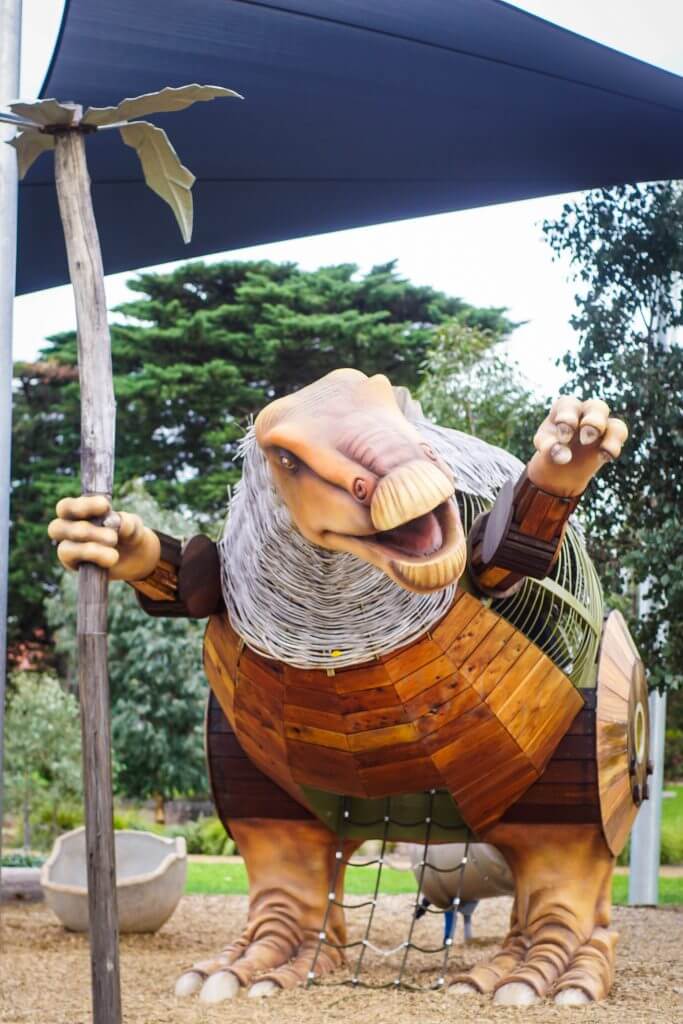 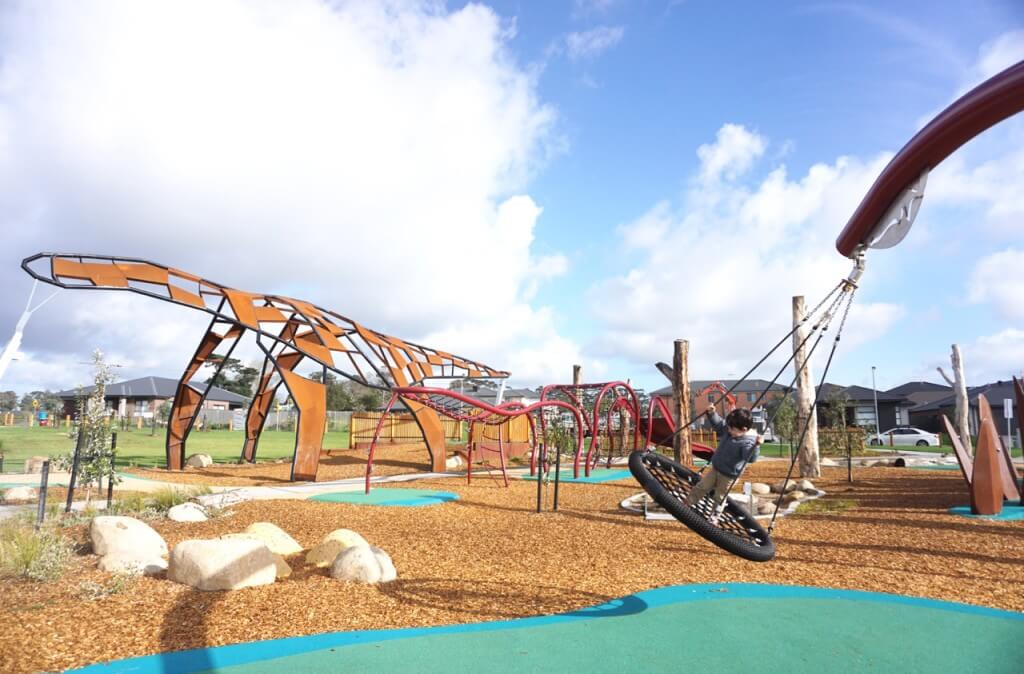 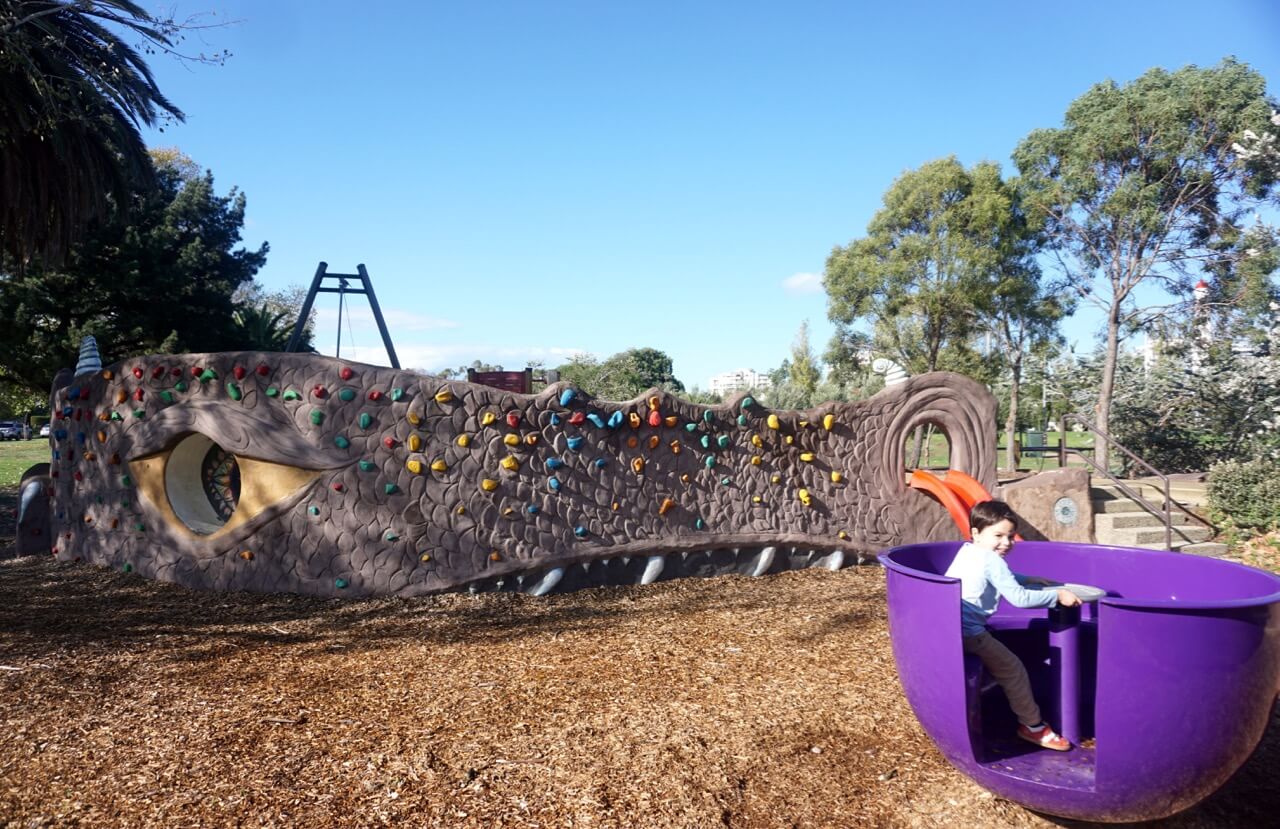 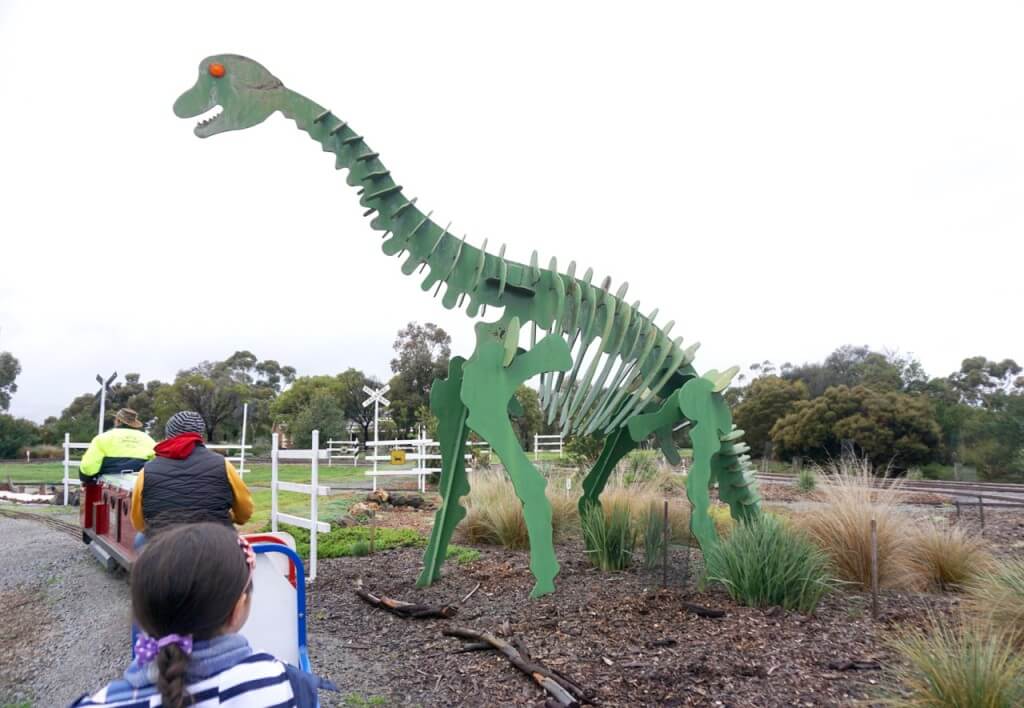 Do you have any suggestions of places to find Dinosaurs in Victoria that we haven't mentioned?