Where to find Dinosaurs in New South Wales

The  Dinosaur Exhibition at the Australia Museum in Sydney

The Australia Musuem in Sydney has a small Dinosaur Exhibition. The Exhibition includes:

A plant big eating sauropod found in Africa, it has a very long neck and long tail. 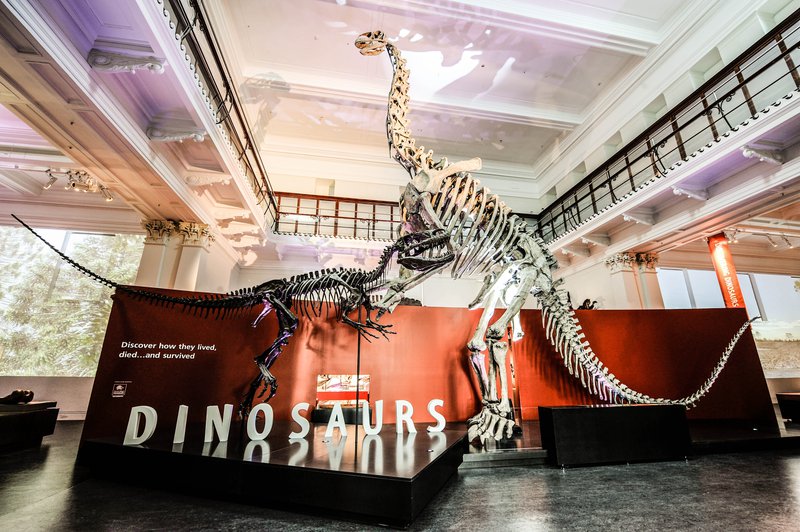 A model of the very famous Australian Muttaburrasaurus. A plant eating dinosaur from the early Cretaceous period (112-100 million years ago) is named after the town in Queensland where it was discovered. Interestingly it walked on its two hind legs and had a huge bulb on the end of its skull probably a resonating chamber for making calls. 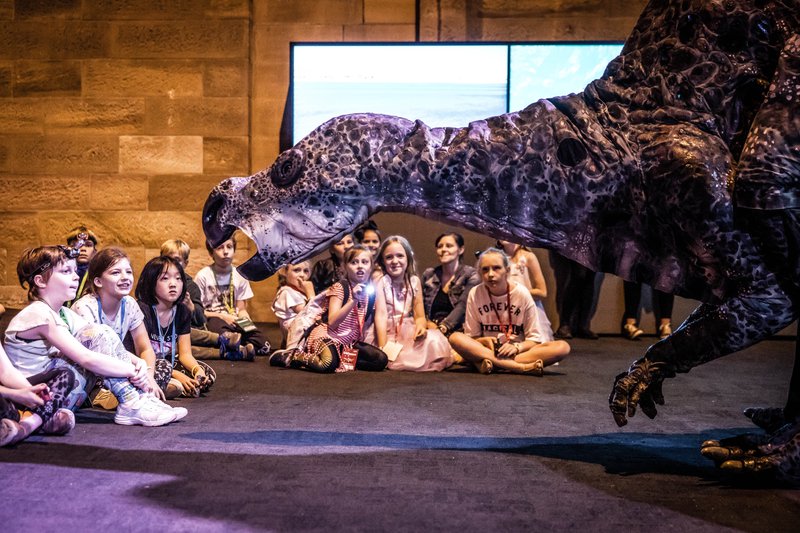 A model of the Mini paravertebra, an armoured plant eating eating dinosaur. It had hard ridged scales along the length of its body providing a good defence against predators. Walk in Scenic World's rainforest and see the dinosaurs, with kids trail guides. In the Hunter Valley Gardens at Pokolbin in the Hunter Valley sometimes you'll find the Mega Creatures. They are expected back in 2022 and include amongst other creatures, dinosaurs. Possibly a T-Rex, Stegosaurus, Triceratops and Spinosaurus model.

Tyrannosaurus Rex and a Raptor visited the Reptile Park in the last summer school holidays and there was a pretend dino dig too.

If you are visiting a fossil site, please make sure you observe local state and federal laws regarding fossils and fossil hunting. Also take care as fossils can be in difficult or dangerous locations

All of the fossils from near Sydney are from Triassic rocks around 240 million year ago. In the past old shale quarries have produced amphibian, fish, invertebrate and plant fossils. Coastal Triassic shales, especially north od Turimetta Heads are good for fossil plant specimens.

Well know for containing one of the most significant Jurassic terrestrial fossil deposits in Australia and the only Jurassic fish site found in NSW.

Some of the rarest and precious fossils in the world.